It is good to have a document. But, still not sure of what to write in memory of a faceless friend, who got acquainted by email and remained that way till his end.

I wanted it to be somebody else. Not my friend’s relative who has started ahead of us. I 100% believed it would be somebody else. I cannot imagine, somebody well known to us getting into that state of sudden heart attack. I was really confident that it would not be anyone accompanying us. With that callous attitude, I glanced and was shocked to see that it was one from our party.

When Tamiloviam Ganesh Chandra called me to relay the web blogs headlines, I thought it is not Thenkoodu Kalyan. ‘He cannot die. It cannot be him. He will come back with a short email.’

Sakaran will be missed in the Tamil technology industry. Lot of adjectives prop to my mind. Selfless, visionary, true leader, gentle natured, so on. I never got a chance to meet with him.

He was in the frequent emailer list of mine. If I come across some noteworthy or interesting piece of technology, I would have shared it with him. Not many were there in that list. Just him.

He would sincerely reply with his thoughts in a very dignified manner. Being a blogger, I had a natural tendency to project an opinionated arrogance in my few non-consequential sentences. However, his tone in the reply would be subdued, bringing out the applicability of that tech in the Tamil world as well as the implementation considerations.

I would act as a TV reporter. He would turn it into an analyst piece.

I had lengthy list of complaints, masquerading as wish-list, when he kicked off Thenkoodu. If somebody would had given me the same kind of irritating welcome, I would have thought that act as a guile attempt at being stupid and immature with a lack of appreciation for new things. He took a different approach as usual. He welcomed more criticism and nitpicking. I continued.

To appreciate his uniqueness, I have to resort to the comparison of fellow Tamil bloggers.

While many talked about bringing an alternate to the Thamizmanam aggregation service, (nobody with the exception of Mugunth), did anything worthy of notice. With him, there was no empty rhetoric. He simply delivered a much required automatic Tamil Blog reader tool.

I liked Thenkoodu over Thamizhmanam for couple of simple reasons.

I am a linear reader. I am still not yet hooked onto the hyperlinked ADHD presentations. Thenkoodu presented posts in a whole stream of all the blogs on a single page.

It also had simple retrofitting like user ego satisfaction index by listing the most viewed blog posts in a prominent corner. It snubbed 1000, 2000, 3000 countless single letter feedback attention garner artistes to a rightful place.

For a guy who gets puzzled by a Tamil word like ‘ஈச்சமரம்’ it gave an instant English dictionary translation. When you want a synonym for ‘mask’ in Tamil, it was equally handy. Thenkoodu just became a sub-conscious presence.

Going back to the comparison of blogger mentality to Kalyan, he never put himself as the sole soul behind all this nifty creations. Not because of fear of the pointless gun toting warmongers; just because he wanted his actions to speak, instead of some typed up march-past of letter arrays.

Kalyan always had ideas; apart from concepts, he had an execution plan; when things turn awry, he was open to alternate paths; he listened with an open heart; resiliently adopted worthy suggestions.

Kalyan could have easily coordinated the Thenkudu – Tamiloviam competition all by himself. He was selfless in inviting Tamil oviam to the fold. He designed the poll software, actively distributed the prizes, spread the name of variety of Tamil business vendors. He wanted every Tamil domain to be part of the contest by giving prizes from everybody like chennainetwork.com, NilaCharal.

Sakaran took pains to locate worthy juries and when they regretted about their non-availability, he went on to find even better jurors to be part of the contest.

Running a web site would have been a much tougher job. There will be tons of hacker attacks, defamation posts, addition/deletion/subtraction requests, restless blogger demands and so on. He went on doing it as though it was his duty without the smallest sign of whimper.

When one lives through hell, not many appreciated his efforts. When he passes away, even I want to be part of the ‘in’ crowd.

I sincerely miss him.

In a virtual world, I wish we can institute an honorary recognition accolade to a worthy cause in Thenkuudu Kalyan’s name. Hope, it becomes a reality and an annual event to a person ‘who did stuff’ in a professional as well as an ethical way to Tamil Blogdom. 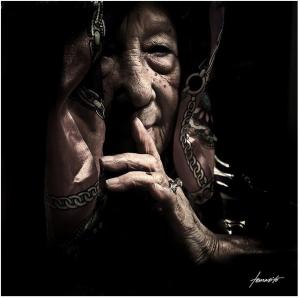